The main methods of fraud in Thailand 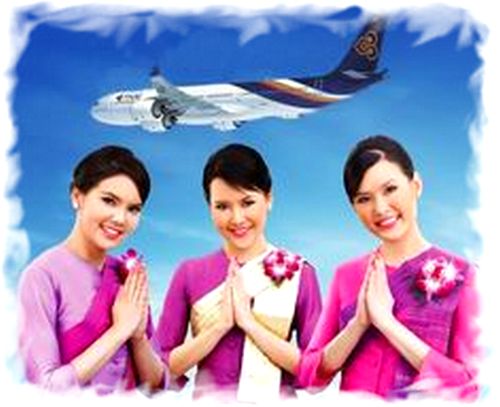 Wai is a traditional Thai greeting, and thanks to the fact that it may be a different height and manner of execution, this greeting is truly universal. In addition, using the regards Wai Thai people express their gratitude, respect, request, etc. This article briefly talked about how to determine the value of a wai in Thailand, it provides advice on the correct implementation of the foreigner and the cases when such a greeting from a foreigner appropriate.

What is «wai» in Thailand

Even during the short trip to Thailand, any foreigner will certainly face the fact that the locals will welcome him or thank for something, with the help of symbolic gesture wai raised to her face and cupped hands. Some travelers like behavior of Thais at a meeting raises a smile, some are beginning to feel the «Lord», and some have become embarrassing. In reality, nothing bad for both Thais and tourists in a gesture wai not — it’s just a local tradition, which is more than one hundred years and to which the Thais are accustomed from childhood.

If you look closely, you can see that even a clown before McDonalds in Thailand make wai. This greeting can be performed while sitting, standing, and even on the move. And it’s not as easy as it seems at first glance, so the correct execution of the gesture, depending on what for whom it is performed, the parents begin to teach children from an early age. Therefore, over time, to any resident of Thailand is not a problem for a few seconds to determine social status and age of the person and, in accordance with these critical parameters in Thai society, perform one or another wai. 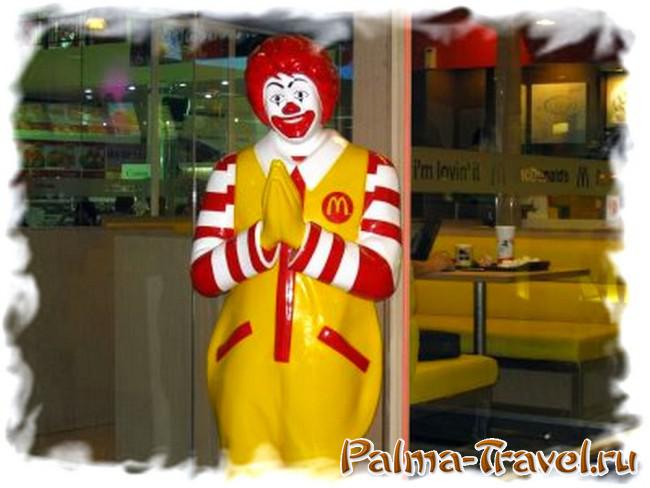 Wai in Thailand from the clown near to McDonalds

Whatever kind of Wai, it’s always a ritual, where every movement and position of the body is essential. Wai is always performed with a neatly folded his hands and straight with elbows close to the body. The fulfillment of greetings runs smoothly, and hands after the execution must sink slowly. Has the meaning and expression, which is performed wai: usually on the face should be modest friendly smile.

The main difference one wai from the second one wai is the height of the concept of the palms to face performing the gesture. Since the Thai society is still present strict hierarchy, age and social, are the following kinds of greetings wai.

— Wai for a man of similar social status as follows: cupped his hands raised to the level of the chest and the greeting is done until it touches the tip of the nose tip of the middle finger.

— If before the Thais people of higher social status, palms raised slightly above: tip of the thumb rest on the chin, and index fingers touching the tip of the nose. Wai greeting in this case, the slope of the upper body. 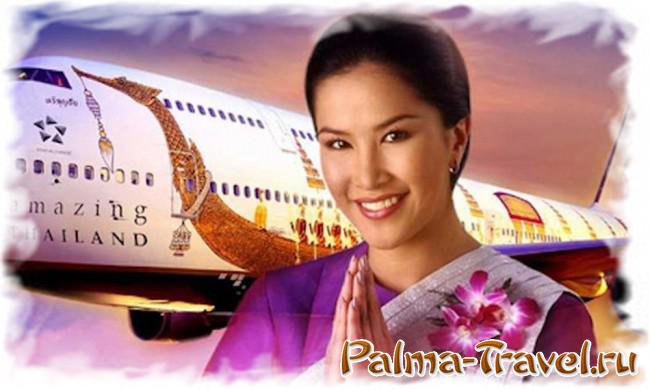 — Another rise above cupped palm fronds during the performance for parents, Buddhist monks in Thailand and just the elderly but very respected people. In this case already thumbs pressed to his nose, and the bow is also performed a little more slowly and the entire upper part of the body.

— Highest wai given to the royals and the Buddha. In this case, the cupped palm rise above the level of the face so that the thumbs touch the forehead.

Wai, which perform the poor and needy, begging alms from passers-by. In this case, the palms raised above the head, and the gesture symbolizes humility and full membership in performing his person to the lowest class.

How to respond to the Thai greeting wai

In order to understand how to respond to «wai», you must remember a few rules. First, the priority of the greeting and the need to reciprocate again depends on the age and social status of people. Traditionally, the first to perform wai younger age persons or one whose social status below. In this case, an older person is responsible wai gesture in which the palms folded no higher than chest.

The return wai may not be at all the people are very high social status or very old people. Instead, the answer can serve as a symbol nod or raised right hand. In Thai terminology this is called «rap wai» or «receiving wai ‘, ie these gestures mean that welcomes the adoption and that alone should please those who performed. According to Thai tradition, do not reply wai Buddhist monks who enjoy consistently high reputation in Thai society. 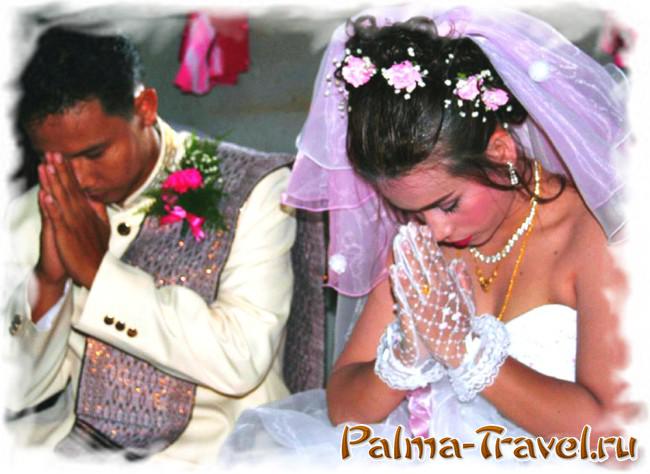 Wai for a Buddhist monk on the thai wedding

Even the greeting the King of Thailand monks meet only «rap wai» — slight bow of the head. Of course, the King of Thailand in response to the Welcome wai his subjects only nods or raises in greeting his right hand. But children do not respond to wai made and, of course, do not perform this for them. Thai children can only rely on the nod and smile from their parents, whom they love and respect.

By the way, the Thais can perform wai not only when dealing with other people. If you carefully observe the locals, you can see how they perform wai, passing temples, altars, houses for soul in Thailand. Often you can see the old trees, decorated with colored ribbons, to whom also make Thai wai, even if it is a centuries-old tree that they sawing wood on the construction site of the new hotel.

For foreigners (farangs) understand all the subtleties of the Thai wai greeting is not very easy, because it even to the locals need more than one year. Therefore, to avoid confusion, it is only right to learn how to respond to this gesture on the part of the staff. 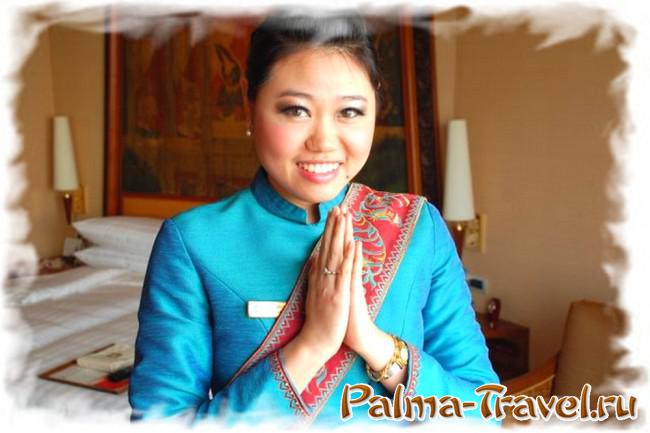 Of course, the Thais are sensitive to the fact that farang do not know their traditions and do not expect him of any response to his greeting. But on the other hand, your respectful response to this gesture will not only please them, but also take you up in their eyes. Therefore, in situations where the cashier bank branch where you have come to exchange currency for money in Thailand, will perform wai to you, answer him a slight bow of the head and a smile. That will be quite enough.

Similarly, we can do when leaving the restaurant in the hotel, Thai Airways plane in the massage parlor, go-go bar, and other places where the staff usually make wai to customers. Of particular importance is the correct execution wai in daily communication with the Thais, for example, when you fell in love, and thai girl first went to her home to get acquainted with her parents. More about this written in the book «Thailand Fever», download the direct link which is available on this site in the relevant section.

Hopefully, after reading this article, you no longer have questions about what is Thai greeting wai, as and when it is used and how to respond to this recognition, respect and gratitude.